This week we’re talking about our best memories from 2015.

Winter is pretty lame around here, mostly because I work non-stop through January and February, so I’m going to blow right past those and start with March.

Puppy Thor turned one (and yes I’m a huge dork). 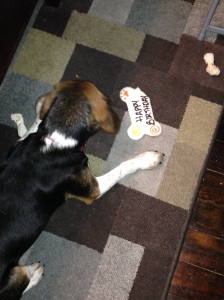 In June, B and I went to a wedding in Traverse City. It was awesome. The wedding was small, maybe 30-40 people, and was at Mission Table on the Old Mission Peninsula. The place was absolutely gorgeous, I’d never even heard of it before. The ceremony was outside with the lake as a backdrop and the dinner was in a private dining room with a cut stone fireplace. 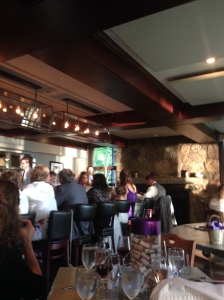 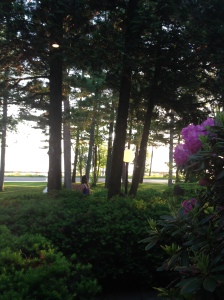 The day after the wedding, the bride and groom paid for the guests to go on a wine tasting tour to three of their favorite places, which is how I discovered my new favorite place, Tandem Ciders.

A couple of weeks after the wedding, I headed farther north for my annual writer’s retreat with some of my friends. We stay at a cabin/house on Lake Superior for a week and write, eat, talk, laugh (a ton), and have basically an amazing time.

On the way up, we had a major tire blow out. That was not awesome, but Bronwyn’s driving was so we survived the horror. 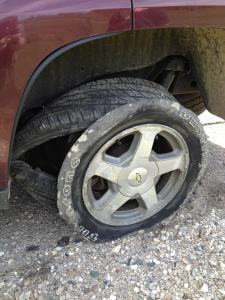 Later on during the drive we saw a rainbow, so that helped cheer us up. And then Jenny Trout found a newspaper with an article about a festival for her people. 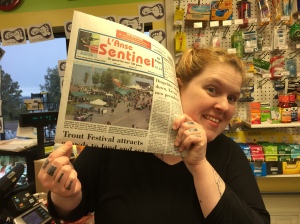 We got to spend a little bit of time at the Lake (it’s always super cold in June still). All in all, we had a great time.

This September, I went to my first ever Renaissance Fair. I have Bronwyn to thank for this experience. I didn’t even know this thing existed in Holly, MI (because I’m so out of the loop in the world) but she goes every year with her family, so this year B and I tagged along. There was jousting, actual jousting.

There was also a dog wearing a knight. 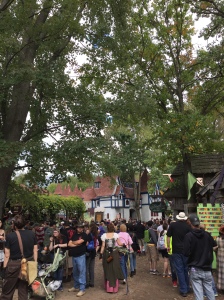 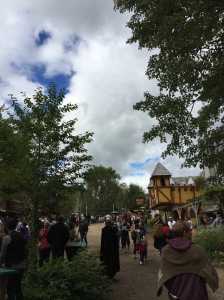 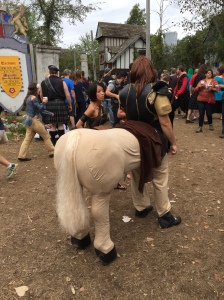 I will definitely be going back to the fair next year, we had a great time. I might even be in costume next time.

In October, B and I went to another wedding. This one took me to UP again, but I was happy to make the trip for one of my very closest friends. It was an amazing party, she married the man of her dreams, and looked beautiful the whole time.

Since a lot of us had to travel for the wedding, we had the shower and bachelorette party the night before. 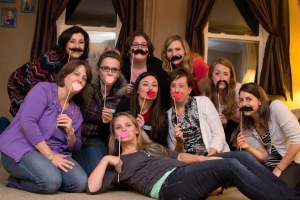 (All wedding photos by Elizabeth Dahlstrom and Captured Blessings Photography)

Also in October was the celebration for B’s Uncle Jim and his husband Al. They married in June after the Supreme Court passed the ruling legalizing same-sex marriage. They have been together since 1978 so it was great that there finally able to marry.

The end of the year consisted of holidays and normal family get togethers. Not that they weren’t a great time, but there wasn’t anything out of the ordinary that happened this year. Except I actually made it to midnight on New Year’s Eve. That’s unusual. There were a lot of great things that happened in 2015, obviously. But at the same time, I’m happy to move into 2016. There are a few things I want to a make a new start on. So, I guess the last thing I have to say about 2015 is…

Check out the other blogs to see what good times everyone had in 2015:
Jess
Bronwyn
Jessica
Paige
Kellie
Gwen
Kris