This week’s blog is about all dream casting for your book. I haven’t actually published a book, yet, but I have a current story I’m working on that I’m pretty excited about so I thought I’d use that one. I don’t want to give away too much about, but in short, this is a YA story about a psychic and a serial killer. Enough said.

My main character is named Francie and I have always pictured her as Felicia Day, although as a teenager. Especially with a hint of her character, Charlie, from Supernatural. A little quirky, but with a secret that she sides from a lot of people. But the look, total Felicia Day, the red hair, the smile, totally adorable.

Francie’s best friend is a kid named Will, or as I like to call him, a younger version of John Cho. In the book, his last name is actually Cho. I like this picture of him in particular because he looks a little younger and a little innocent. And kind of a like a guy in awe of his psychic best friend. But he’s also Francie’s rock. 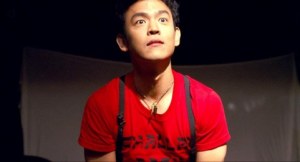 The other character I can picture clearly in mind is the bad guy, the killer, Grayson Anderson. And for him, I see James Spader. A late 1990’s or early 2000’s James Spader. He can come across as utterly creepy and soulless, it just screams serial killer. His faces flashes in my mind when I write certain scenes. *shiver*

Those are a few of my characters from my current work in progress and my dream casting if it ever became a movie (and time travel were possible, apparently).

Check out the links below to see what the other Wednesday bloggers are saying: