We have a new feature added to the blogging schedule this year called “First Time.” This will be a chance to showcase characters, either from a story already on our blog, from a new piece, or from a another WIP, doing something specific for the first time. This month’s theme is First Meeting. I chose something a little different for this month. While there is a first meeting involved, the two characters don’t know each other, even after they “meet.” You’ll see what I mean. This snippet is the opening from a young adult paranormal/thriller type story I’ve been working on. 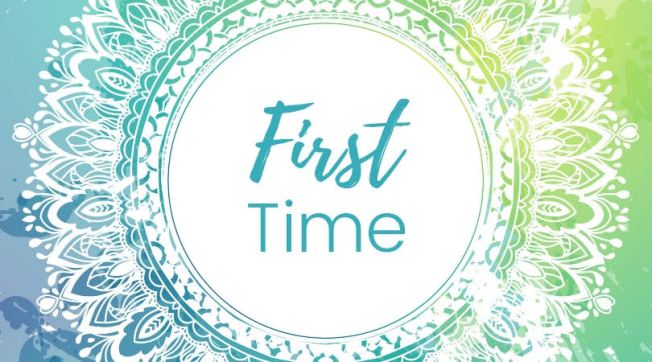 Standing on the top deck of the ferry, I closed my eyes and let the wind whip my hair around my face. We were almost to the island and as much as I was looking forward to being back there, I didn’t want the ride to end. Finally, I opened my eyes to look around when a shoulder bumped lightly against mine. Just dad, coming to enjoy the view with me. He loved the island as much as I did, it felt like home to both of us.

In silence we watched the island grow closer. The majestic Grand Hotel stood like a sentry, watching all the ferries on their way to and from the island. The green tops of the trees in the state park glittered in the sunshine and the blue skies overhead were cloudless and bright. Eventually, the boat made its way to the dock where the practiced hands of the crew parked it gently, so the passengers could disembark.

We met the third member of our party, my best friend Will, on the bottom deck where he had chosen to wait out the ride. He wouldn’t listen when I said the fresh air would help his queasy stomach, so when we met up with him, he looked pale and sweaty.

The three of us gathered our computers and duffel bags, the rest of our stuff was already at our destination and joined the throngs of people streaming onto dry land. Seemingly without thinking, Dad and Will took positions on either side of me to create a little insulation. The gesture was automatic for both of them, even though it wasn’t really necessary anymore.

As I was stepping off the walkway onto the dock, I was jostled by the crowd and the world fell away.

I was in a dimly lit large room of some sort, high ceilings and few furnishings. The only sound was a constant drip, but it was muffled and sounded far away. My vision improved as I walked farther into the room and I could make out a table, with a shape on top of it. I got within a few feet and realized the shape was a person or had been. Parts were missing, a leg below the knee, some of the fingers. What remained was sliced and torn and covered in blood. I could see blood dripping onto a tarp under the table, the source of the sound.

In a burst of sunlight, I came back to myself and realized I was clinging to Will’s arm, my dad trying to lead us away from the crowd. On shaky legs I let them guide me to a bench and sat down to catch my breath.

It took me a second to find my voice so that I could answer my dad. “Just need to sit a minute. That came out of nowhere.”

“What happened?” Will asked, looking concerned.

“Not sure. Must have bumped into someone’s arm or something. I couldn’t block it, it cut through my shields.”

Looking around I noticed a few people staring at us curiously. “Not here. Can I tell you when we get to Gran and Grandpa’s?”

Before I could stop them, they each grabbed one of my bags and added to their own loads. They were both so protective of me, especially after a vision. It was sweet but infuriating at the same time. As much as they wanted to help, they weren’t psychic. They couldn’t know what it was like to see into someone else’s mind.